Personal Injury in the Age of Pokemon Go

Since its release in July 2016, Pokemon Go has become a full-fledged cultural phenomenon, rising to the top of the Google Play Store as well as the iOS App Store virtually overnight. This augmented reality smartphone game allows players to discover and capture virtual Pokemon characters that are hiding in the real world, and the only way to find them is to physically walk/bike/drive around neighborhoods and city sidewalks, where they occasionally appear. 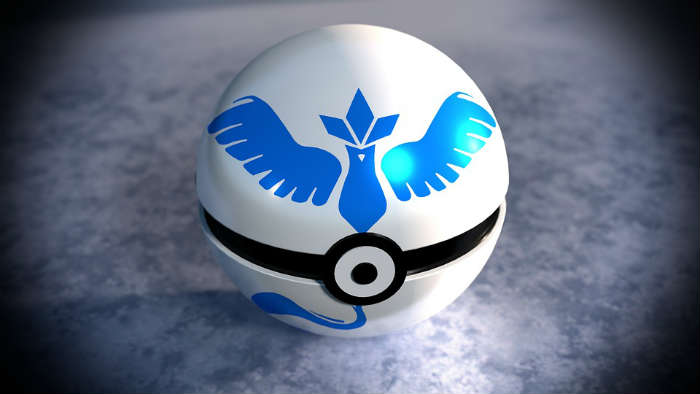 Pokemon Go has garnered a slew of positive reviews from both doctors and psychologists alike for its uncanny ability to get people up, out of the house, walking around, and socially interacting with other players in the real world-- actions which not only burn calories, but simultaneously boost mood. However, the game has also been met with its fair share of criticisms, due to a recent glut of personal injuries incurred as a direct result of gameplay.

Despite Pokemon Go’s newness, interactions with the game have already caused countless injuries in people around the world, and in some instances even severe injuries have been sustained. Interestingly enough, doctors have already published information regarding the most common types of Pokemon Go-related injuries and how to avoid them. The most common injuries listed are:

Unfortunately, some Pokemon Go injuries happen to innocent victims due to the negligence of a player, and in these instances, it may be in the best interest of the victim to seek damages from the negligent party. Several specific areas of personal injury law which have already been broached by Pokemon Go gameplay include:

Auto Accident: We cannot stress to you enough the dangers inherent in using your phone while driving. Specifically, Pokemon Go requires a level of alertness and focus on the game itself, that attempting to play it while driving would invariably cause the driver to shift his/her attention from the road to their phone screen, creating an opportunity for an accident to occur. There have already been several documented car accidents as a direct result of Pokemon Go, which you can read more about here, here and here.

Distracted Driving: If a driver becomes distracted by playing Pokemon Go and as a result ends up striking another vehicle, cyclist, or pedestrian, then the driver will be held liable for any damages incurred in the process. A great method which we have found to reduce the likelihood of a distracted driving-related accident is to bring a passenger with you on any Pokemon Go adventures. Let your passenger(s) play for both you and themselves simultaneously, allowing your focus to remain on the road-- it's "super effective"!

Slip & Fall: There have already been a number of recorded slip & fall injuries as a result of playing Pokemon Go. Recently, two men fell from a cliff in San Diego while trying to capture a Pokemon, which ended with both of them suffering moderate injuries. If you are injured as a result of a slip & fall, your case could completely evaporate if it is found that your injury was sustained while you were playing Pokemon Go. No matter where you are playing, you are responsible to be alert and aware of your surroundings.

Bicycle Accident: Pokemon Go should never be a reason to cycle unsafely. Recently, a young man flipped over while biking downhill one-handed, trying to capture a rare Pokemon. While, in this particular instance, liability rests squarely on the shoulders of the player, there will no doubt be cases in the future where innocent bikers are struck by distracted drivers, or even other cyclists. In these situations, it will be imperative that the victim discuss the details of the accident with an experienced bicycle accident attorney immediately.

Child Injury Accident: Sadly, as Pokemon Go is predominantly a children’s game (though we would never guess that considering the huge number of adult players we have already seen playing), there will inevitably be many opportunities for personal injury accidents to occur. Children often don’t possess the levels of responsibility or patience necessary to keep themselves from crossing a busy street or entering other unsafe locations while chasing after a Pikachu, so it is extremely important for parents to keep a keen eye on their children while they play. Also, try to encourage playing the game with friends, as a solitary child player is at greater risk of possible abduction, or, if a debilitating injury occurs, a lone child might not be able to alert anyone to their injury. Lastly, due to their diminutive size, children run a higher risk of being struck by a Pokemon Go-playing distracted driver and incurring a catastrophic injury, simply because the driver never saw them in their path.

That is a lot of possible accidents (and considering the mass popularity of the game, the number of injuries is only going to increase)! Not surprisingly, Pokemon Go creator Niantic has provided a strongly worded disclaimer in their Terms of Service, including verbiage that you should “be aware of your surroundings and play safely. You agree that your use of the App and play of the game is at your own risk, and it is your responsibility to maintain such health, liability, hazard, personal injury, medical, life, and other insurance policies as you deem reasonably necessary for any injuries that you may incur while using the Services.” It's not everyday that a free smartphone app encourages you to have appropriate "insurance policies" prior to playing.

Be Safe When Playing Pokemon Go

Whether we like it or not, we are now living in the age of Pokemon Go, and it is imperative for all of us to become more alert and aware of our surroundings whenever we venture out into public, in an attempt to avoid the small number of negligent players who place the excitement of the game over the health and well-being of those around them. As the number of players continues to increase, the opportunity for personal injury is only going to rise, so please be on the lookout for unsafe gameplay!